I stumbled across Maggie Mason's Mighty Life List yesterday and I haven't been able to stop thinking about it.

When I was a junior in high school, a close friend and I made a list of things we wanted to do in our lives. We brainstormed and came up with dozens of things--ranging from superficial to deeply moving. I kept adding to it over the years and never totally forgot about it, but it was not really at the top of my mind anymore.

When I saw Maggie's list, it all came back to me. I have spent the past two hours searching for it on my computer (I could tell you exactly where the list is in my childhood bedroom, but alas, that is several hundred miles away...)

I did finally find it, but as I was searching, I stumbled across nearly every single thing I had written in high school and much of college. Dozens of journal entries typed up on my computer as I was stuck in one place or another (one entry, written on a train ride from Amsterdam back to Paris talks about the relaxing weekend I'd just spent with my uncles and how at home I had felt with family I had only met half a dozen times previously). My college essays are on there (much better written than I had remembered, especially the one that was successful in getting me into college). I stumbled across five or six poems--good poems--that I had written during my junior and senior years of high school (I wrote poetry??)

The pieces have a clear, distinct, wise voice that I totally don't remember having at the time. What I find amazing, though, is how much I wrote. I kept a daily journal throughout that time, but I have no recollection of doing so much other writing. I find a lot of comfort in it though--I had thought that I didn't really do a lot of writing until November 2009, when I did NaNoWriMo, but what I've found shows me otherwise. I have been processing my thoughts through writing for decades now. I find that really comforting. 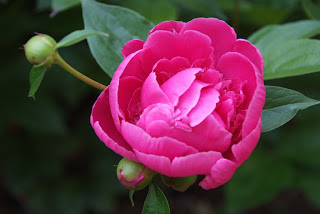 PS--A special shoutout to the computer gods who have blessed my files (well, most of them at least) over the past {redacted} years as those files have bounced between more computers than I'd care to admit. Thanks.